It’s About to Get Interesting (I Hope) 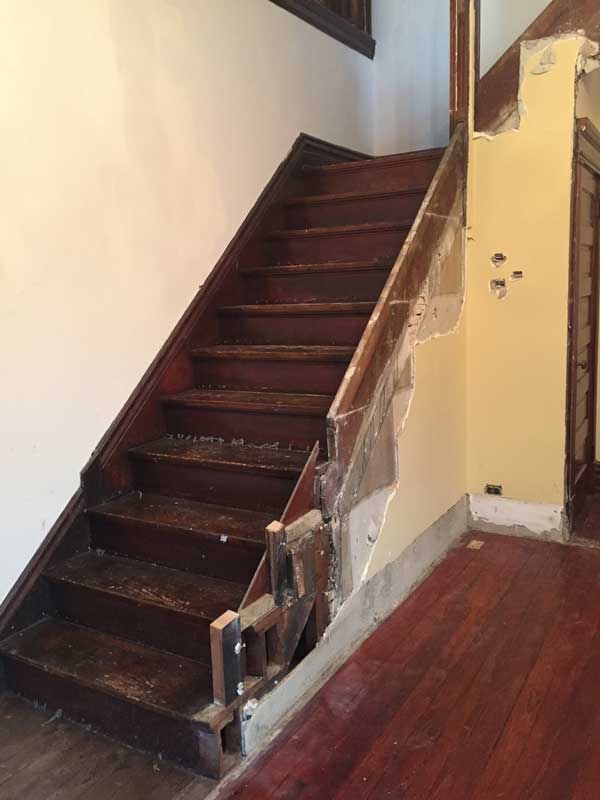 Yes, yes. I know there are still a few staples and strings of carpet in the corners.

After almost two months of tear-out, I’m about ready to start putting things back together in the front hall. That’s good…because with an open 12′ drop from the second floor, I suspect I’m just asking for trouble (as a result, I’ve had to limit the bourbon intake; so very sad).

I have all but a few areas of rock lath removed from atop the original plaster and lath on the staircase and closet, all the carpet is rolled up and ready for tomorrow’s trash pickup and I have the hall cleaned up (if moving most of the detritus to the front porch counts as cleanup) to the point where there’s enough room make a new mess.

The carpet was nasty…but even nastier was the surprise I got when I pulled it and the terrifying padding up from the doorway. Underneath was a layer of some kind of tile. 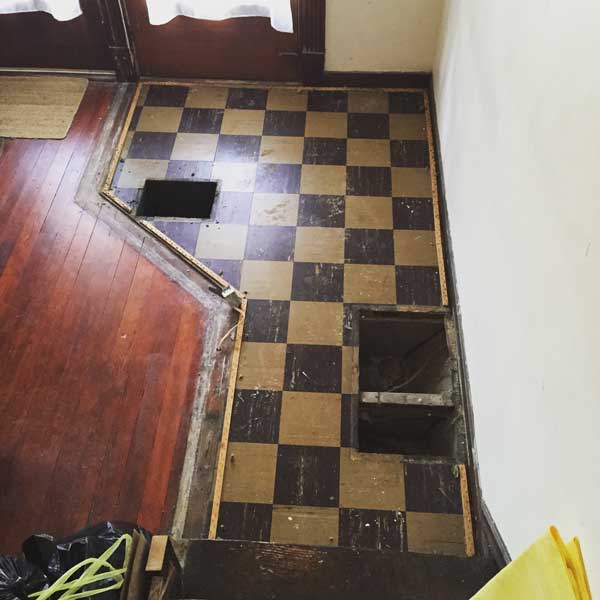 I had the same thing happen at the old place…and what was underneath was not good (so I covered it up with cork). But here, I was pleasantly surprised. What I uncovered seems perfectly salvageable (though I have to tooth in boards to close up the now superfluous HVAC service and returns vents). And the stair treads, while scratched to hell and back again, are solid.

But before that, I need to reroute some electric and run new wires (I’m thinking copper grounds would be an improvement…as would spider-web removal). 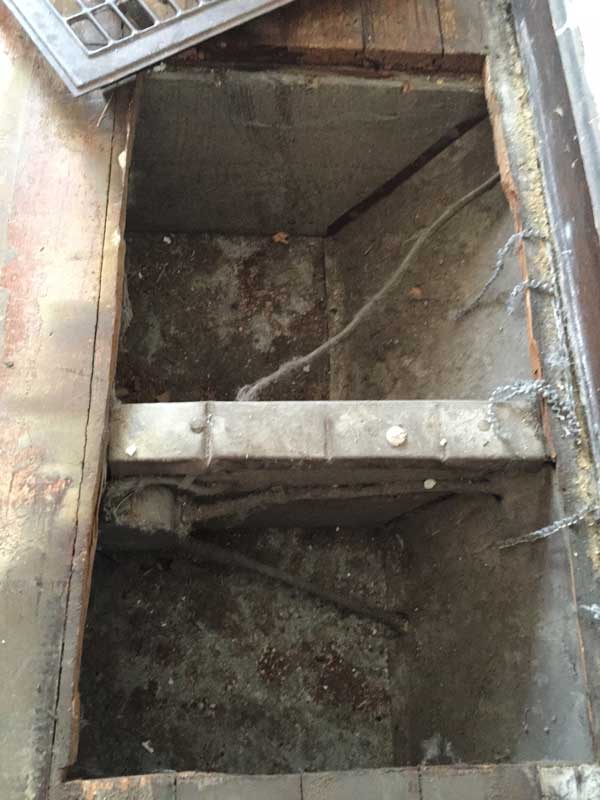 Really? In the HVAC return?

Then, it’s time to get serious. The last three steps are coming out, and I’ll rebuild the landing that ought to be (and once was) there, then turn the last two steps 90° to descend  to the hall floor. 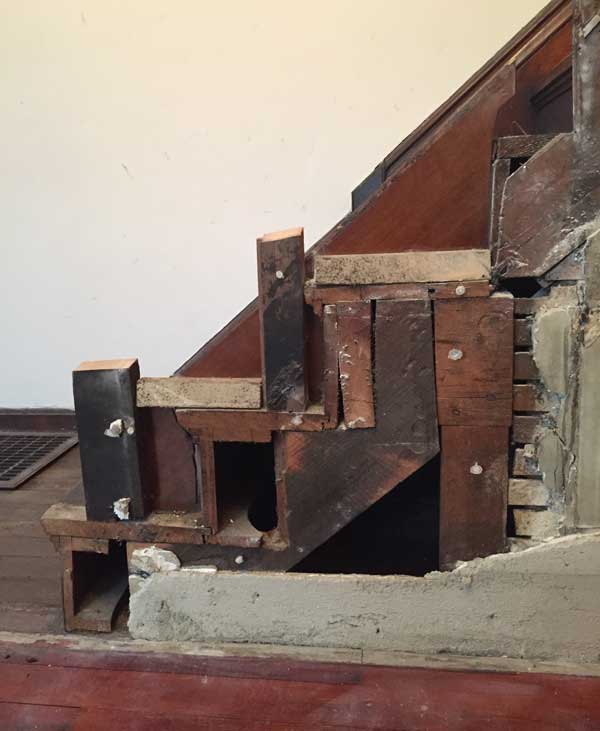 Where the plaster and lath ends is where the landing will go.

But this weekend, I’m going to get the railing and spindles reinstalled in the second-floor hall. Woodworking in America is in two weeks…I could use a drink…possibly two.

Woodworker, writer, editor, teacher, ailurophile, Shakespearean. Will write for air-dried walnut.
View all posts by fitz →
This entry was posted in Foyer, Renovation/Restoration. Bookmark the permalink.

13 Responses to It’s About to Get Interesting (I Hope)