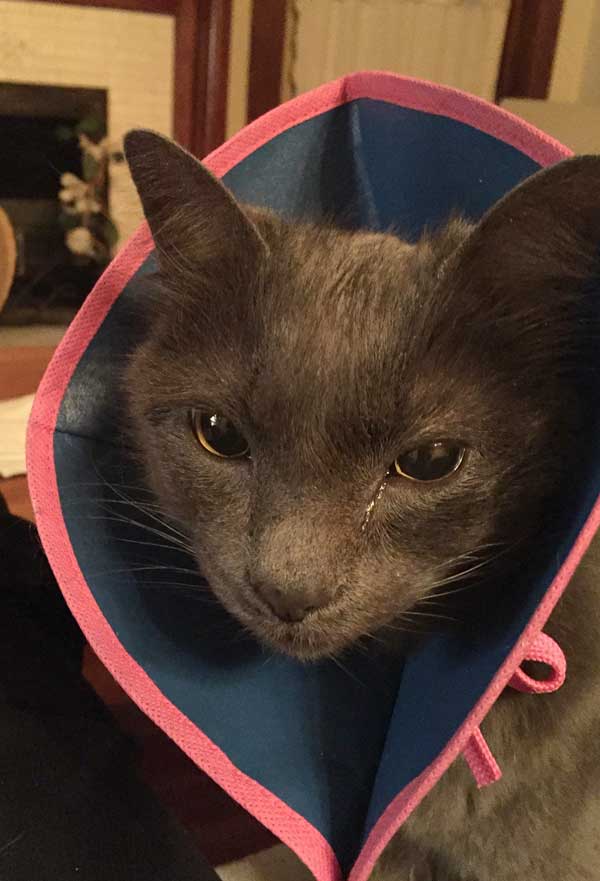 You know the saying: We plan; the gods laugh.

I fully intended to by now be ripping out the bathroom on the second floor, and framing a new doorway from my bedroom to said bath. (The current design is circa 1985; the only spa-like touch is the cloud of steam that turns the room into a sauna when I shower. It’s causing the wallpaper to bubble off the walls, and the ceiling paint to peel. There’s an exhaust fan in the plan.)

But my front stairs are still in a state of disarray; I refuse to start on another major project before the current one is less sub-functional.

I’d like to blame the work stoppage on my cats. Along with some feline dental work I put off for too long, I had to have a growth removed from the base of JJ’s tail. And the other cats were overdue for checkups, shots, etc. That consumed all the funds I’d set aside for near-term house projects. My excuse doesn’t really fly, though, because I’m doing the stair work myself; I’m not so strapped for cash that I can’t afford a 2×12 for the framing. I’m just too strapped for time.

There’s the day job (always lots of deadlines there), plus some freelance editing that’s been keeping me crazy busy (Christopher Schwarz’s latest is at the printer and Hayward is close behind. As is the premier issue of Joshua Klein’s new magazine, “Mortise & Tenon”).  And my couch is comfortable.

But this weekend, darn it, I’m going to scavenge some floorboards from the third floor to finish the landing (that sound you hear is the gods cackling).

The two bottom steps? Well, those may have to wait until I come across the right stock. And the cats are healthy. (Reclaimed thick, wide and long pine is a bit dear.) The spindles and railing? Eh – what’s life without a little danger? 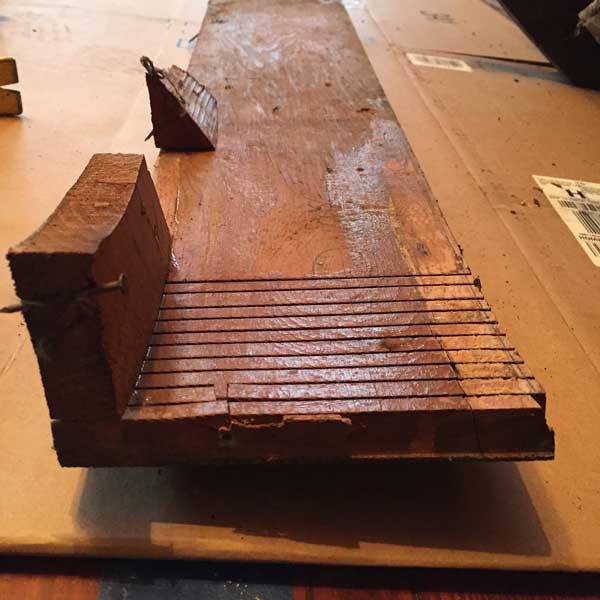 These kerf cuts in the original riser are cool. Too bad the last 6″ of the curved treads and risers on the bottom two stairs got lopped off a half-century ago.