Let Me Explain. No, There is Too Much. Let Me Sum Up. 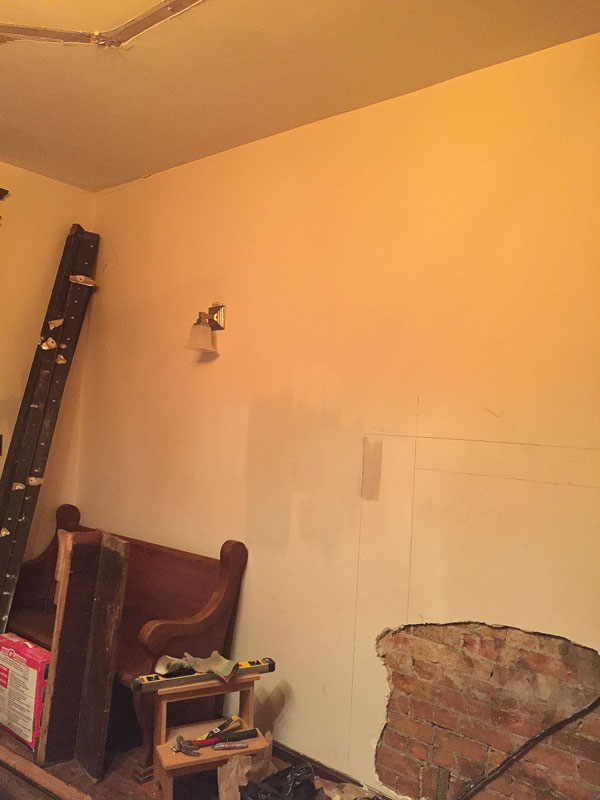 That light (and exposed wire) will be disconnected.

On Facebook, I posted this question: “Best angle grinder for cutting thick plaster?” Thank you to those who answered that question. And thank you for the other advice. But – with the exception of a RotoZip – I already tried it. Or I am not going to, following expert, on-site advice.

In short: I need to rerun a lot of electric to replace wires currently buried in plaster (in no conduit) on exterior walls – real, old, adamantine plaster over brick. I had two electrician friends over. I had an expert plaster guy over – a guy who does lots of work on old plaster, not drywall. We’re all on the same page.

Instead of hammer drilling multiple channels into the plaster and brick to run electric and conduit to meet current NEC code, we’re going to abandon the existing wire (and hall sconce, because it’s no longer necessary) and fish new wire from the panel up through the interstitial spaces in an interior wall, then come across the ceiling to pop up to the second floor for plugs on an exterior wall. There, I’ll have to remove the baseboard and drill out a small amount of brick to bury conduit; but the plug location is already cut into the baseboard (dammit), so I suppose I’ll put new outlets in the same spot. One less plaster repair, I guess.

I’ll also run new Romex to two interior walls on the second floor at the same time (at the moment, they’re on the same circuit; they won’t be). But that’s not quite as much trouble. 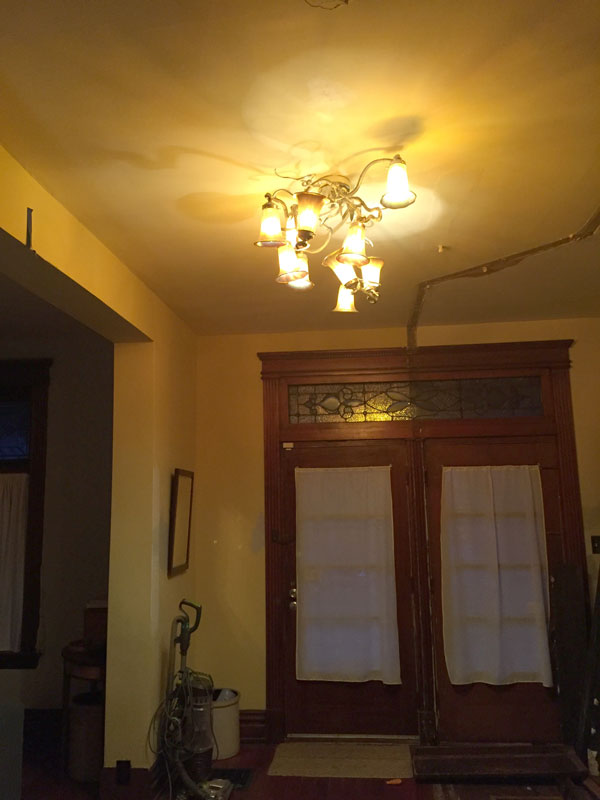 Up that partial wall on the left, and across the ceiling…

So, I have to take down enough plaster and lathe on the ceiling to get at the necessary joists (to which I’ll attach the new Romex) across the width of the hall – and to remove the old gas line that’s poking out. (I might relocate the chandelier to there – that must have been a fixture location 100 years ago.)

I have tried an oscillating multi-tool with a carbide grout blade. I have tried scoring, scoring deeper…then deeper still, then “chiseling” with a sharpened flathead screwdriver between those lines. I have tried cutting it with a drywall knife … well, no. I skittered the knife across the plaster for 10 minutes. I swear I heard the plaster laughing. Or maybe that was the birds/bats/squirrels scuttling in the chimney…hard to tell.

With the new electric run, I’ll be able to finish the stairs. And, I’ll have properly grounded outlets in what will be the study – so I’ll be ready to build bookshelves and a computer desk there, instead of having to hang out in my ersatz study, where my computer currently shares space with the litter boxes. (It’s the former second-floor kitchen – the only room upstairs with grounded plugs.) 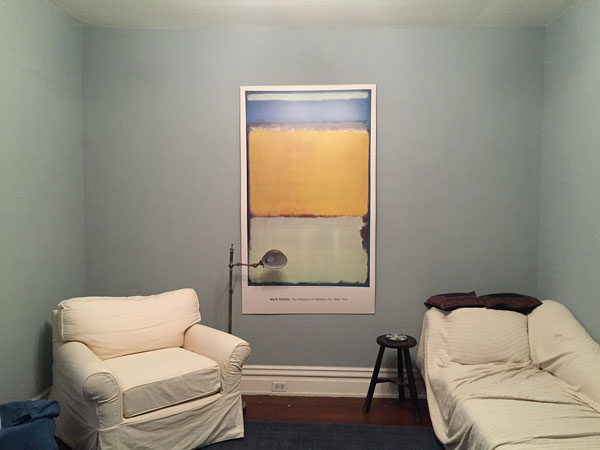 The future location of two bookshelves and a desk, once I install a couple grounded plugs. And redo the bathroom.

The plaster guy, after taking a look at the exposed edge of plaster (at the top of the stairs where I took out the 1950s-added floor in the open well), and hearing what I’ve already tried, recommended an angle grinder. He specifically said to not use a recip saw, unless I was prepared for a far larger plaster repair bill. And yes, there will be dust. There are also dust bunnies, and cat-hair tumbleweeds in my house. I’ll be fine.

When I’m done, he’ll come back and put the ceiling to rights, and patch the walls where necessary. His expert help will allow me to more quickly move on to the next task: tearing out the existing bath. My destruction skills are quite advanced.

So anyway…I’m going to buy an angle grinder. I’m leaning toward a DeWalt. The Makita is alluring, but more spendy.

And yes, that’s the short version.

Woodworker, writer, editor, teacher, ailurophile, Shakespearean. Will write for air-dried walnut.
View all posts by fitz →
This entry was posted in Renovation/Restoration. Bookmark the permalink.

21 Responses to Let Me Explain. No, There is Too Much. Let Me Sum Up.