Lost in the West

Many of the Shaker furniture pieces with which we are most familiar are from the Eastern Communities, thanks to books by John Kassay, Ejner Handberg, and others: the graceful candlestand, the clocks of Isaac Youngs and the production chairs from New Lebanon, N.Y.; the hanging cupboard and built-in cupboards from the Hancock community in Massachusetts; the pine cupboard from Watervliet, N.Y. (shown below). The exceptions are pieces predominantly from Pleasant Hill. There was simply a greater need for furniture in the Eastern Communities because there were many more members in those communities (there were 13 communities among those that lasted more than a decade), so of course, there are more extant pieces.

Yet there were six communities in Ohio, Kentucky and Indiana (as well as one each in Florida and Georgia). If you’re a Shaker-furniture aficionado, you are no doubt familiar with Shaker Village of Pleasant Hill near Harrodsburg, Ky., and South Union in Auburn, Ky. – but you may not know about North Union, near Cleveland, Ohio’s Watervliet, near Kettering, West Union, in Busro, Ind., Whitewater, in New Haven, Ohio and Union Village, about 30 miles north of Cincinnati in Lebanon, Ohio. Both Pleasant Hill and South Union are open to the public; Whitewater is open on occasion (a dedicated group of volunteers is working to make it more accessible). The other communities have all but disappeared – yet some of their furniture remains, most notably from Union Village; it’s now at the Warren County Historical Society’s Harmon Museum and Art Gallery. 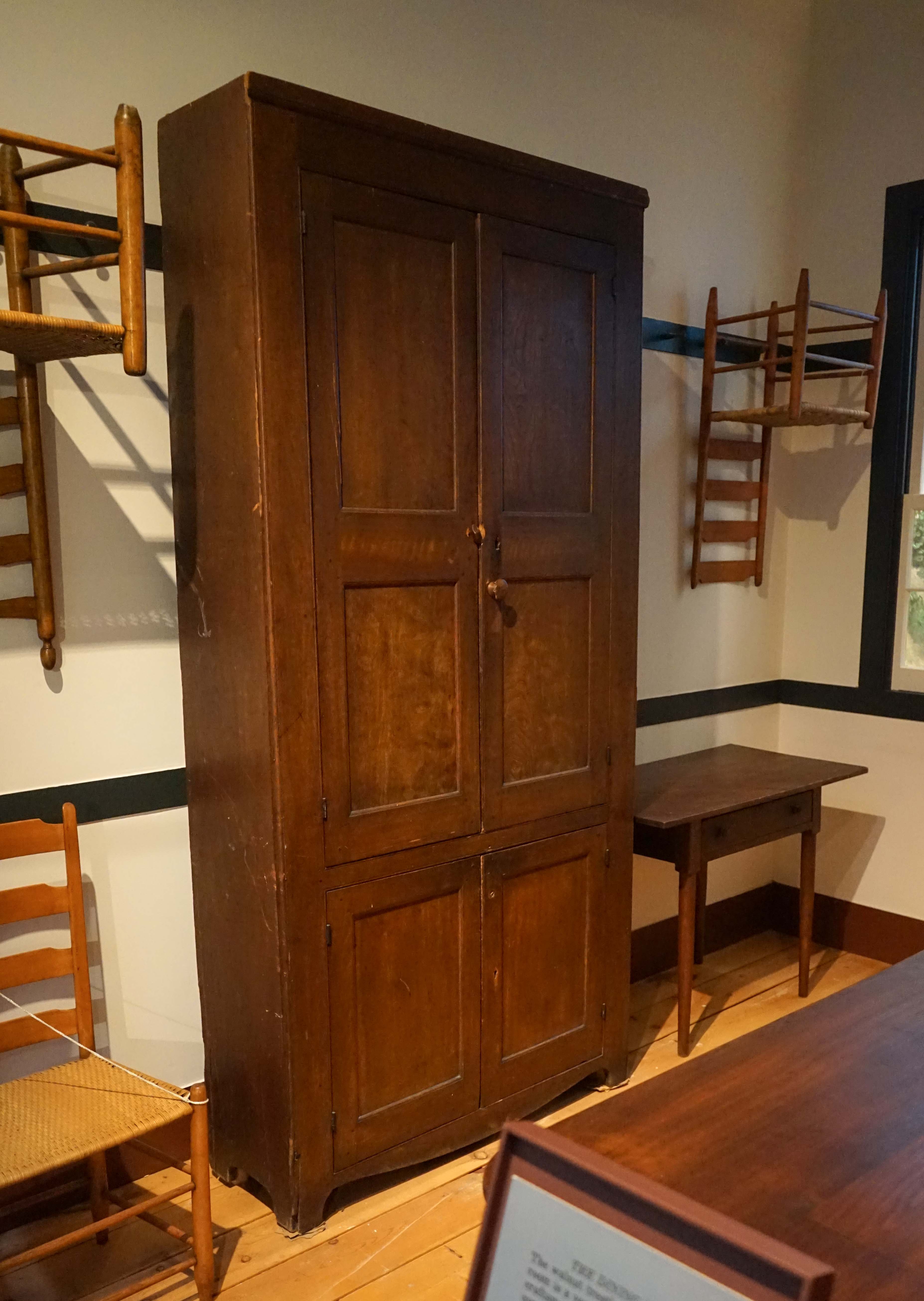 A large cupboard from Union Village. Note the curved lower rail; it shows up on several pieces in the collection.

Western Shaker furniture looks, of course, a lot like its Eastern brethren with its clean, simple lines and little ornamentation, but there are subtle differences. The tops of tables, for example, are often thicker on Western work than Eastern, ditto with the legs, which often taper less as they reach the floor, giving the work a substantial and grounded look (some might say heavy). Kassay writes that Western Shaker work has much in common with vernacular furniture of the region, though with less ornamentation, because the makers were far-removed from the parent ministry in New Lebanon.

“Stylistically, western Shaker has long been considered the ‘poor cousin’ of eastern Shaker, and is often described as ostentatious, uncomely, and poorly constructed,” wrote Kassay. “Actually, most pieces are very well constructed, convey a feeling of strength, and, if ‘showy,’ are honest expressions of cabinetmakers working in a style they knew best.”

John Shea concurs in “Making Authentic Shaker Furniture.” “Craftsmen of the Ohio and Kentucky communities, many of whom had migrated from Virginia and other southern states, were naturally influences by the regional cultures of the places from which they came. Hence, may of their furniture designs were of heavier construction and sometimes yielded to mild embellishment of scrollwork and other decorative details frowned on by their brethren of the east.” Others point out the “superfluous turnings” on table, desk and bed legs.

There was also more walnut, beech and poplar used in Western Shaker work  than in Eastern – woods that were more readily available in the Western settlements. 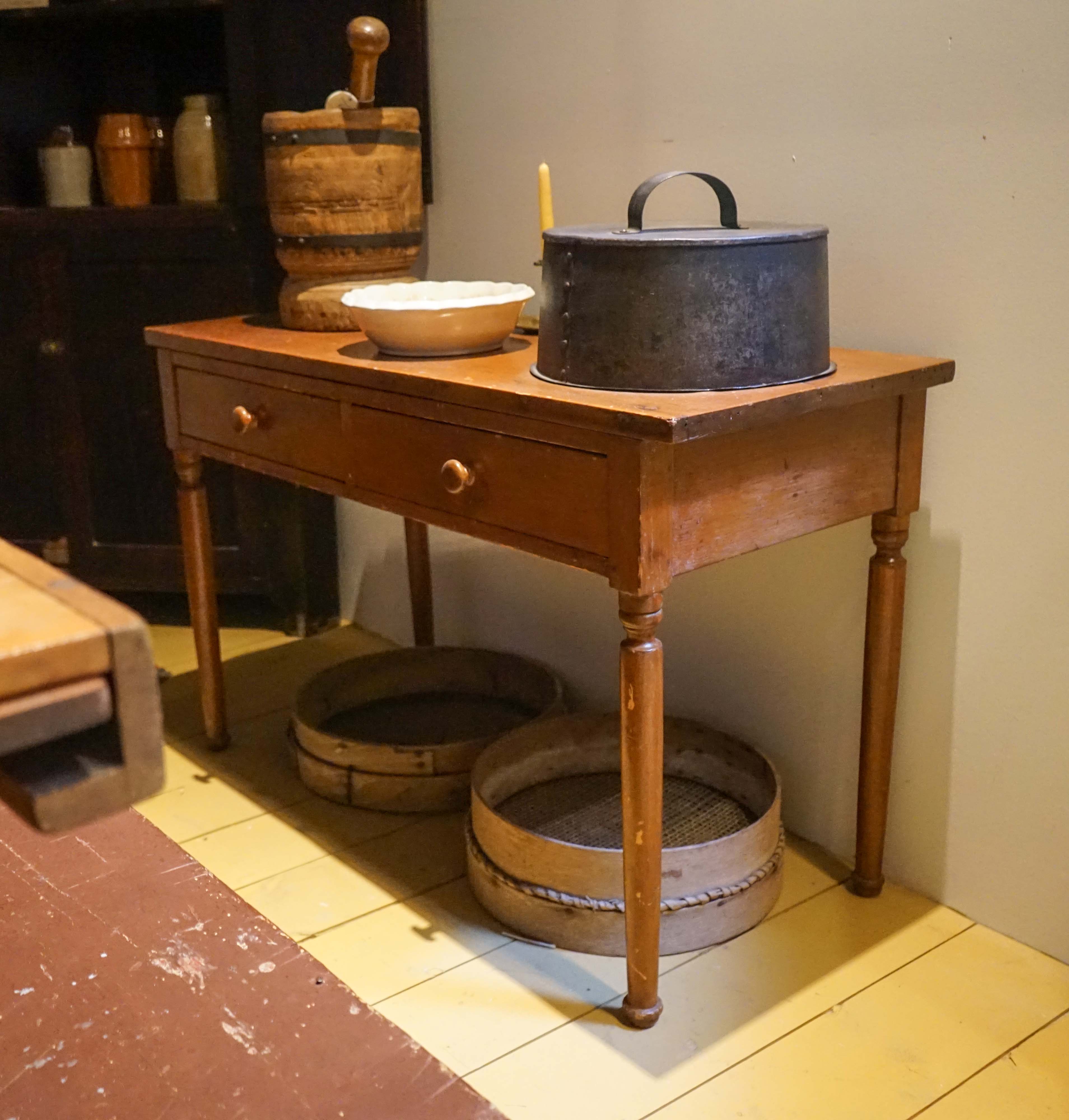 I’m working with representatives of the Warren County Historical Society to share more Western Shaker pieces with the woodworking world, in a book of measured drawings of select pieces from the Union Village collection. I’ve been granted access to pull out drawers, look inside and under, and take a tape measure to everything, as well as move pieces for photography. I’ll include a history of Union Village, drawings and photos for 15-20 pieces in the collection – including the tool drawers at the top of this post – and photographs of additional pieces. 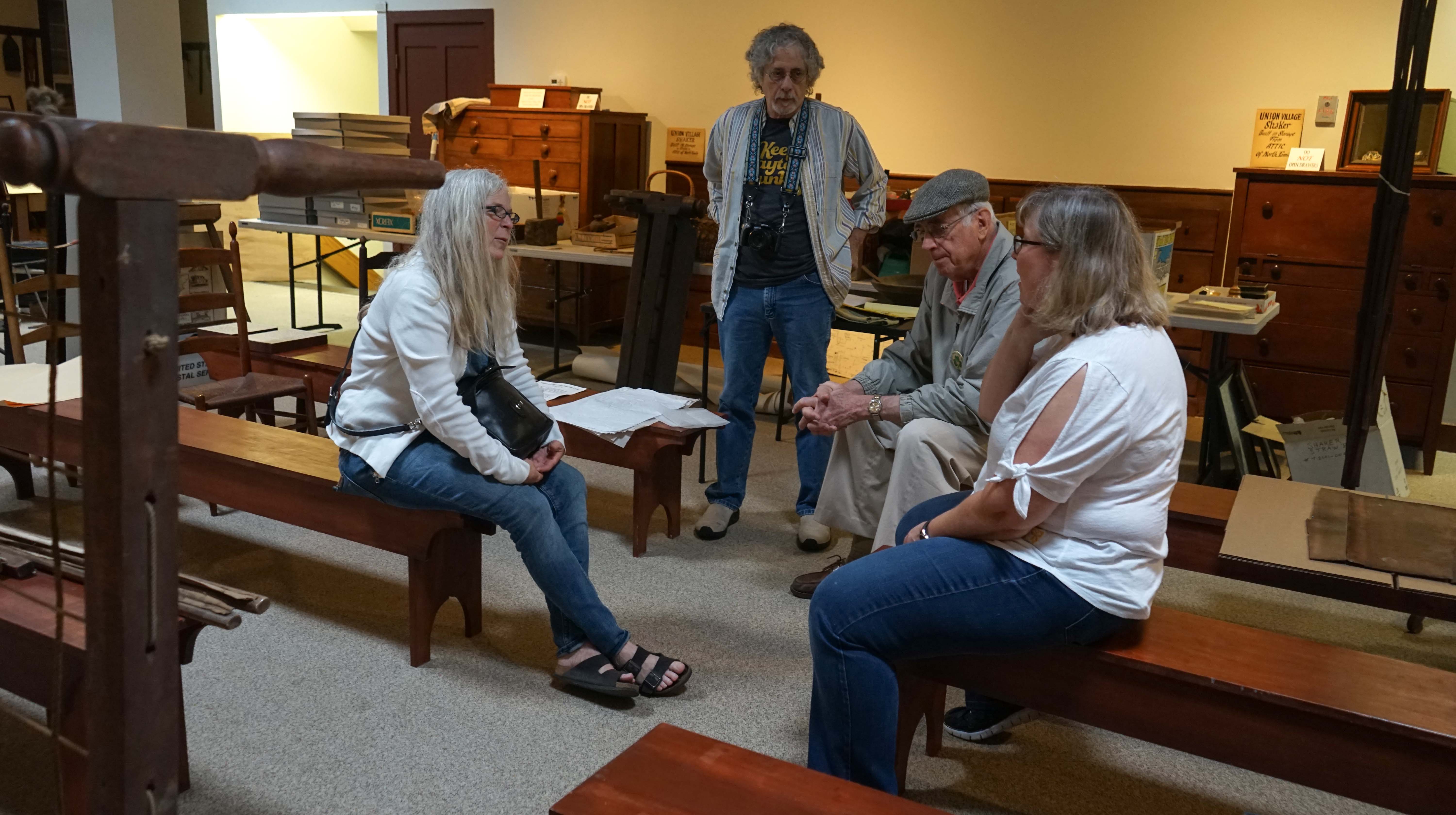 12 Responses to Lost in the West