Help Me Solve a Remuddling Mystery 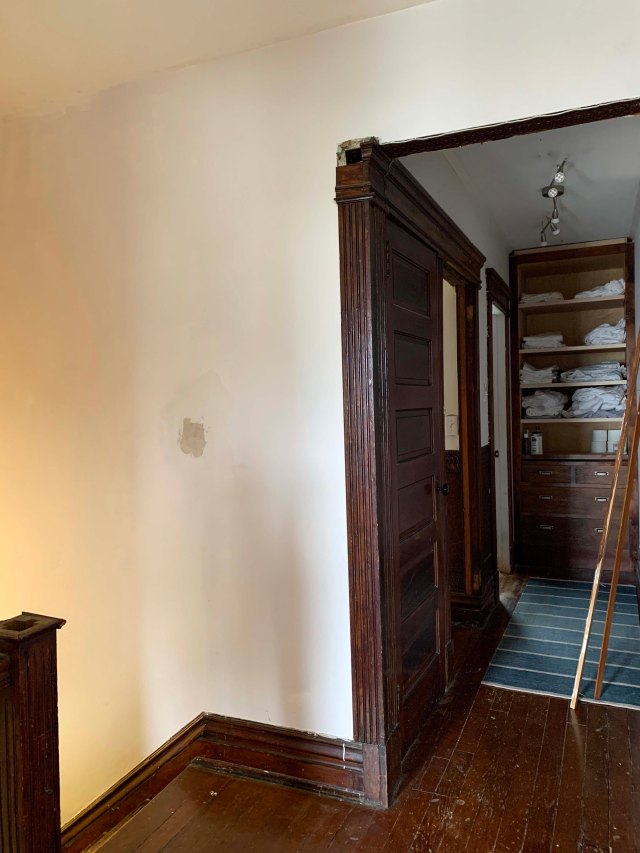 It’s the closed door (to the third floor) and the open door (from the back stairs) adjacent to it that aren’t right (as well as that weird opening between the front hall and back hall).

Two months ago or so, as the first step in renovating my kitchen, I started tearing out a first-floor bathroom that was in what was almost certainly a butler’s pantry – and will become so again. But this seems like a bad time to tear out the kitchen proper – and a bad time to spend a lot of money on 6/4 oak for the stair spindles – so I’m looking elsewhere for house projects.

One thing that has confounded me since before I bought the place is the second-floor opening to the back stairs and the adjacent door to the third floor. The configuration simply cannot be original, but darned if I can figure out what it ought to be. 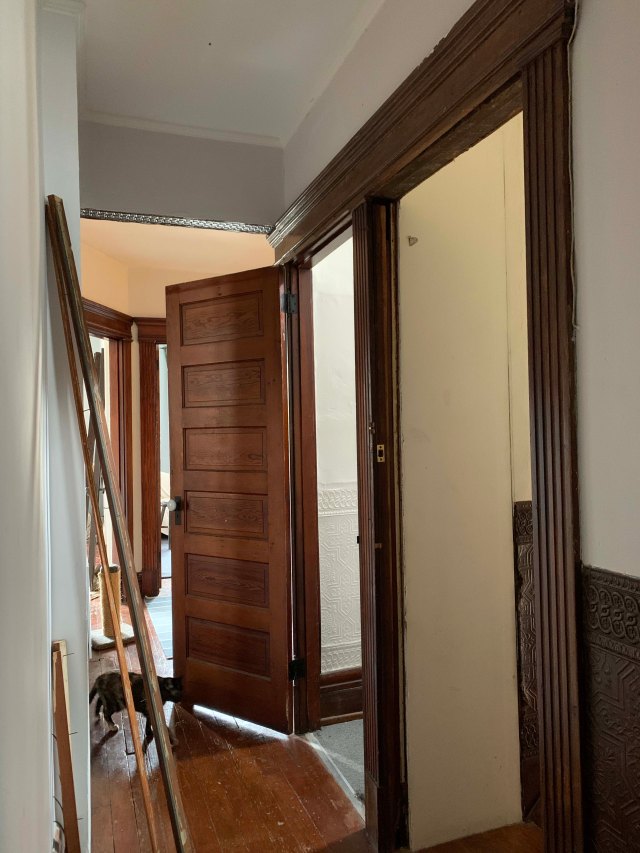 Here, you can see where the anaglypta stops on the back stairwell, and the 16″-wide or so insert of drywall at the top of the stairs. But you can also see the original trim and painted anaglypta on the stairwell up to the third floor. It seems likely the short wall between the two should be pushed back…but then how would the trim carpentry work?

Today, I took out the remaining stops that had been installed to put a door at the top of the back hallway (and lock off what used to be a separate apartment), thinking that might give me more of a clue. The only thing it revealed was that my suspicion was correct – no way was there a door right there before. The wood (though clearly 100+ years old) in the jamb behind the stops is loosely inserted – not supporting or supported by anything other than a couple of round-shanked nails (all the original stuff is installed with cut nails). And the door header isn’t actually a header; it’s just a piece of wood the width of the doorway. Plus the trim installation is janky – as if it was moved and not reinstalled quite properly. And anaglypta on the bottom of the hall opening between the front of the house and back? Um, no. 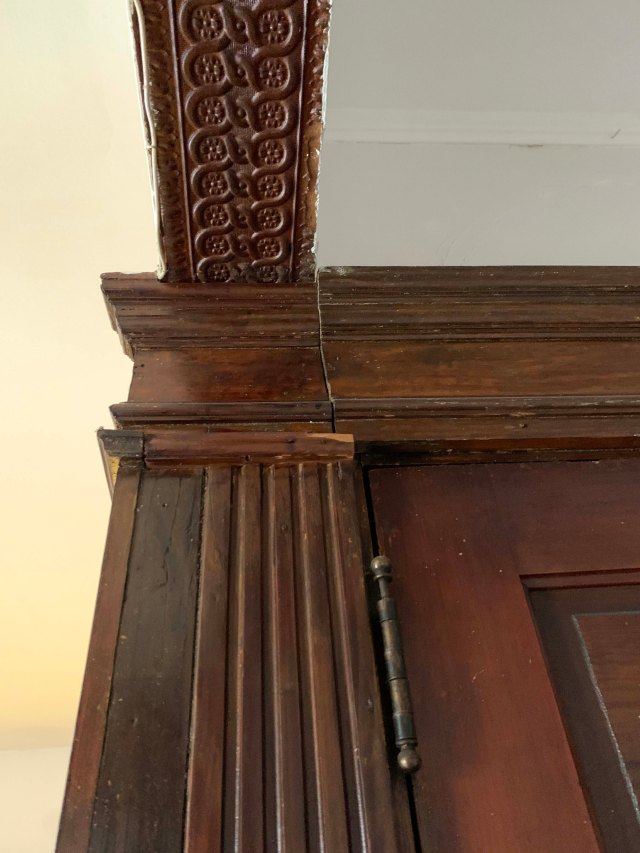 There is zero chance that the Germans who installed the trim work in my house in 1905 did any of this. I think most of it is original trim, but this was not its original location.

Probably, the framing was originally at about the same point where the anaglypta ends in the back stairwell. A neighbor has a similar floor plan, and her stairwells are just in front of the top/bottom stairs…but if so, then I can’t figure out the proper transition from the back hall stairs to the short wall between it and the door to the guest bath. I know those walls are original; they’re plaster over lathe, and I can see the original plaster behind the anaglypta that is pulling away from the wall there. 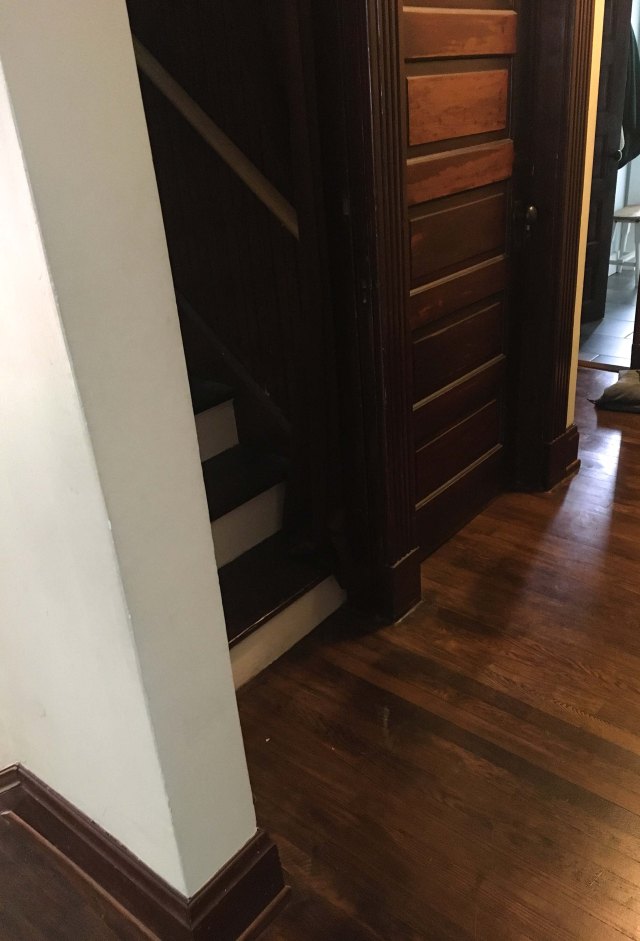 This is my neighbor’s back hall; similar stair setup, but no short wall to the right, as in mine.

So that’s my current renovation headache – what to do? The obvious answer is to take out the trim and what has clearly been added later – the drywall and the hardboard that’s above the doorways. That’s most likely to give me the answers. But that will leave things open to the third floor…to which I wish to lose neither heat or my cat. So I’ll wait on that until the temperature is likely to stay above 60°…then just let the cat have her way.

But if anyone reading this owns a 1905(ish) four square with a similar setup, I’d love to hear from you (with pictures). Anything to keep me from tearing out the kitchen!

13 Responses to Help Me Solve a Remuddling Mystery